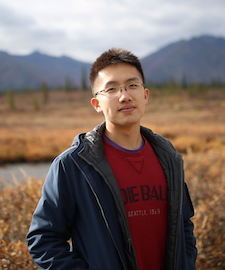 I am a fourth-year Ph.D. student in the Theory Group at the Paul G. Allen School for Computer Science and Engineering (UW CSE). I am very fortunate to be advised by Shayan Oveis Gharan. My research interests are in high-dimensional geometry and analysis of Markov chains. I develop and use mathematical tools from fields such as high-dimensional expanders, geometry of polynomials, and statistical physics.

If you happen to have read one of my papers or seen one of my talks, questions or constructive/critical feedback are super welcome!

Rapid Mixing of Glauber Dynamics up to Uniqueness via Contraction
with Zongchen Chen, Eric Vigoda
(FOCS 2020)